Every BMW M4 disposes of a drift suspension from KW automotive

It’s simply insane! An automobile manufacturer directly and officially supports a drift team for the first time in the German-speaking world. The brothers Elias and Johannes Hountondji – known as the Red Bull Driftbrothers – will participate in the 2021 Drift Masters European Championship with two brand new BMW M4 Competition (G82)! 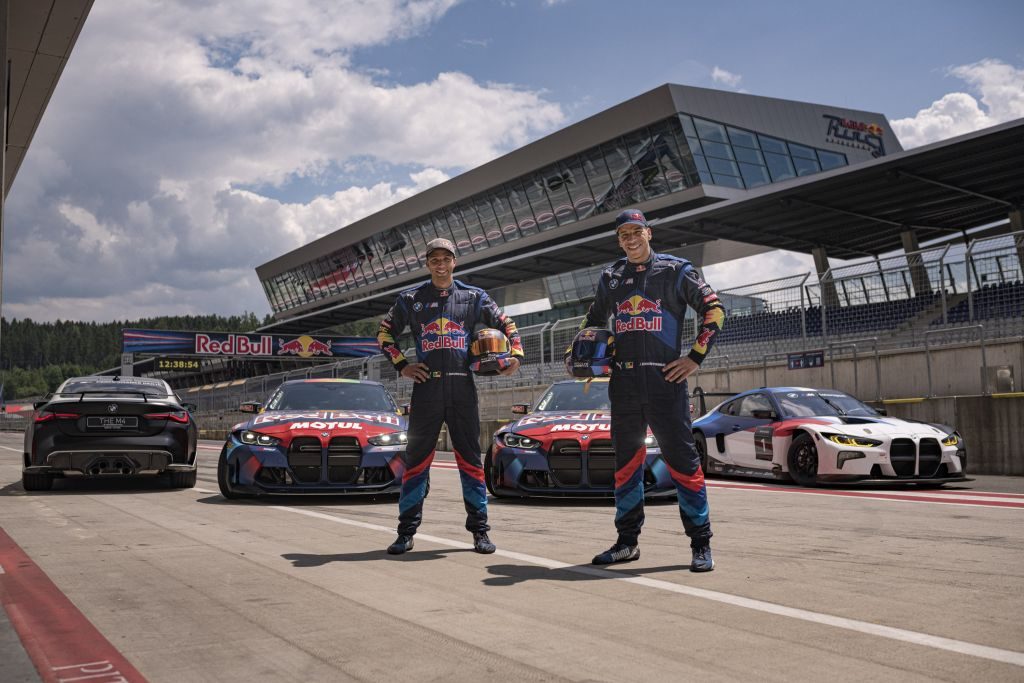 Like so many others who would like to be taught in drifting, the Driftbrothers pay dearly at the beginning of their long drifting career. Who didn’t do so in the world of motorsports? Some setbacks simply evoked their ambition and over the almost two decades of professional drifting, they became masters of their trade. 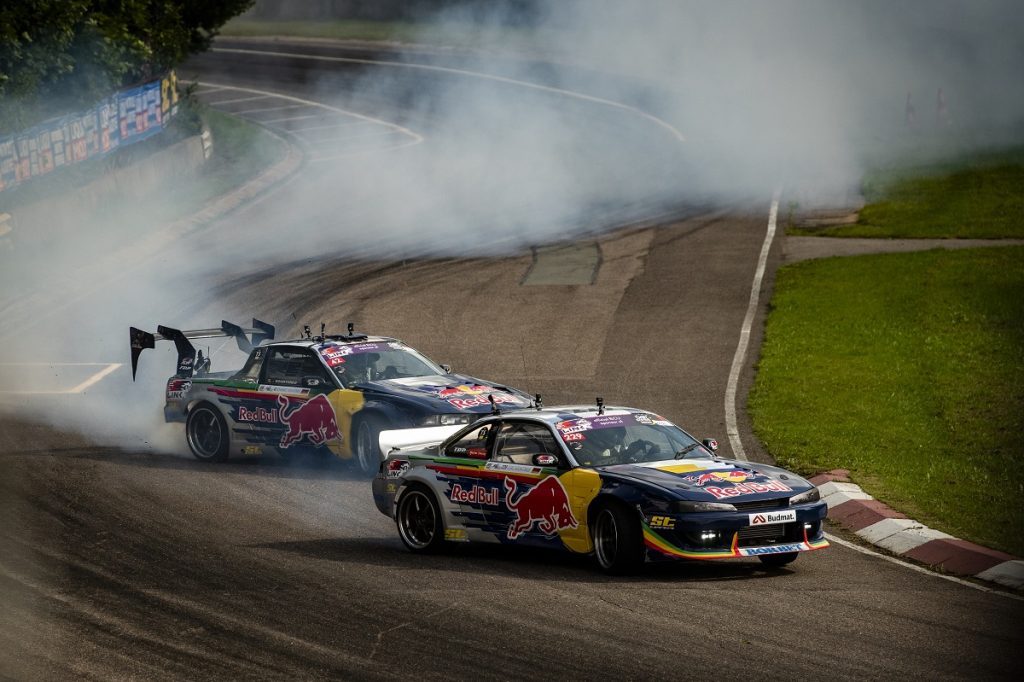 They have won numerous races and even the European Championship as drivers and as a team. In 2021, they will no longer compete with their Nissan Coupés and BMW E30, but with two BMW M4 Competition (G82) cars. 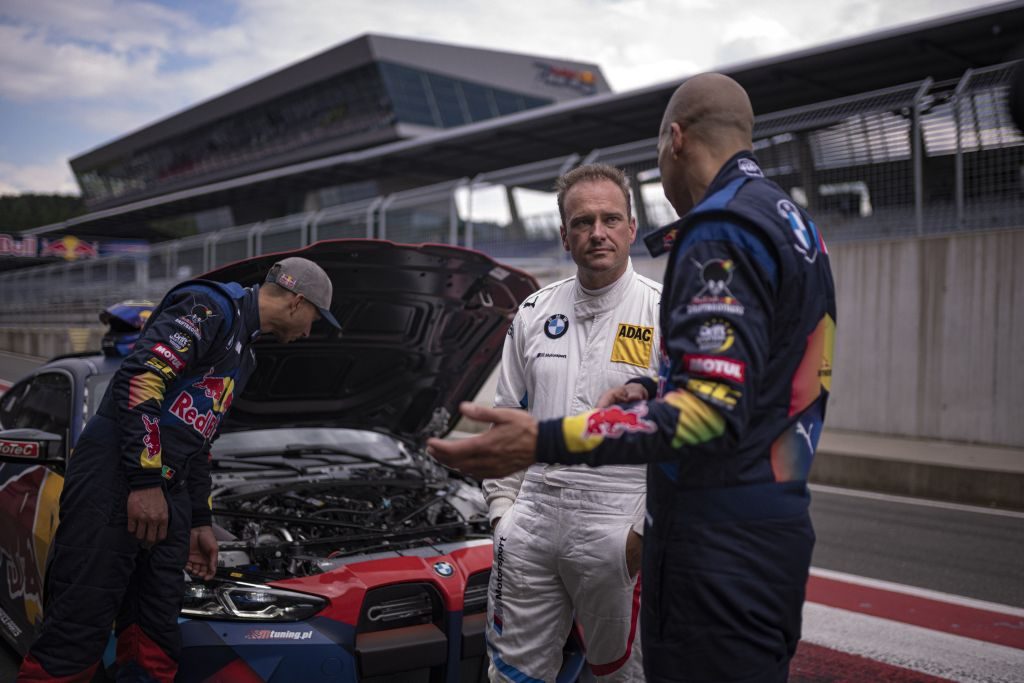 While some engines of their old sports vehicles have been replaced over the years and the two brothers ended up driving with fat US V8 under the bonnet, both BMW M4 Competition cars are powered by a redesigned BMW M in-line six-cylinder (S58B30T0).

In fact, the standard performance of the in-line six-cylinder was almost doubled and, depending on the setup, the BMW engine reaches 1,050 hp and heaves almost 1,300 Newton meters into the drivetrain! 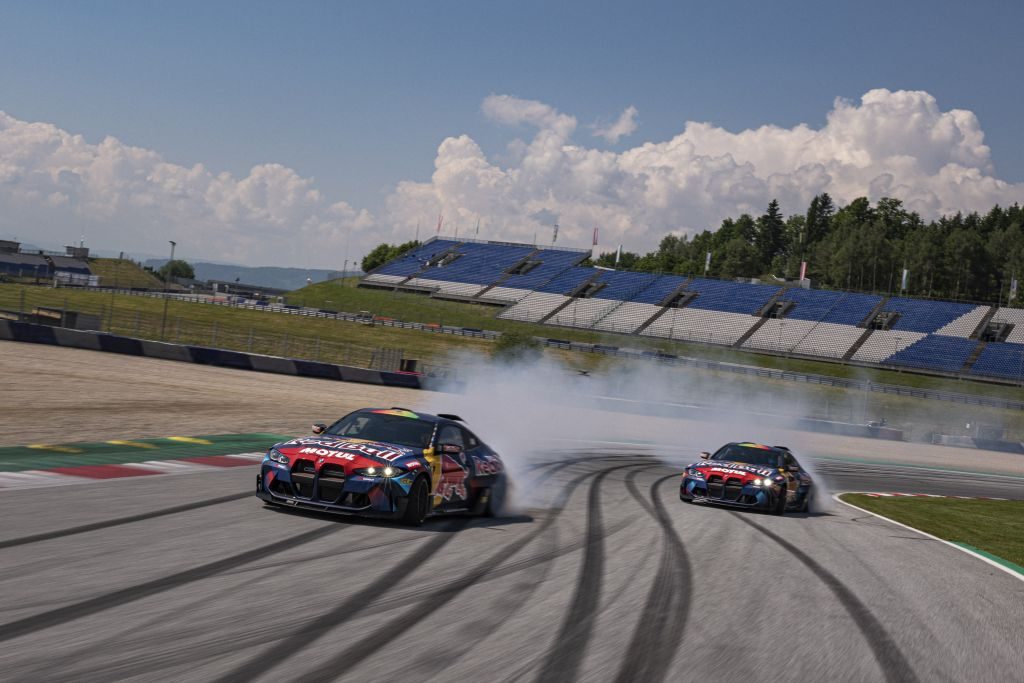 As with other drift projects, KW automotive supports the brothers with its ST suspensions brand.

The Red Bull Driftbrothers show the built of their two BMW M4 Competition in a YouTube documentary in several parts.

The challenge was that both BMW M4s had to be rebuilt from the base within a very short period.

The entire cooling circuit of the immensely charged S58B30T0 had to be specifically redesigned. Thus, there is another heat exchanger in the rear in order to get the temperature under control.

Safety also remains a top priority in drift racing. Both M4s have a safety cell from AST Roll Cages.

The whole axle geometry of the two BMW M4 Competition (G82) models has been redesigned, just like the suspension.

For the gears, a five-speed sequential gearbox from Samsonas is used and was tweaked a little by the Red Bull Driftbrothers’ engineering partner TDP.ie.

Prices are subject to change without notice.

Scuderia Autoart reserves the right to vary prices in the event of changes due to the exchange rate, price increases, tax changes, import changes or any other reasons. Scuderia Autoart does not accept any liability for increase in prices. Quotes on pricing are appropriate to the particular product at the time of quoting and may change.

We may collect the following information:

What we do with the information we gather

We require this information to understand your needs and provide you with a better service, and in particular for the following reasons:

We are committed to ensuring that your information is secure. In order to prevent unauthorised access or disclosure, we have put in place suitable physical, electronic and managerial procedures to safeguard and secure the information we collect online.

A cookie is a small file which asks permission to be placed on your computer's hard drive. Once you agree, the file is added and the cookie helps analyse web traffic or lets you know when you visit a particular site. Cookies allow web applications to respond to you as an individual. The web application can tailor its operations to your needs, likes and dislikes by gathering and remembering information about your preferences.

We use traffic log cookies to identify which pages are being used. This helps us analyse data about webpage traffic and improve our website in order to tailor it to customer needs. We only use this information for statistical analysis purposes and then the data is removed from the system.
Overall, cookies help us provide you with a better website by enabling us to monitor which pages you find useful and which you do not. A cookie in no way gives us access to your computer or any information about you, other than the data you choose to share with us.
You can choose to accept or decline cookies. Most web browsers automatically accept cookies, but you can usually modify your browser setting to decline cookies if you prefer. This may prevent you from taking full advantage of the website.

Links to other websites

Our website may contain links to other websites of interest. However, once you have used these links to leave our site, you should note that we do not have any control over that other website. Therefore, we cannot be responsible for the protection and privacy of any information which you provide whilst visiting such sites and such sites are not governed by this privacy statement. You should exercise caution and look at the privacy statement applicable to the website in question.

You may choose to restrict the collection or use of your personal information in the following ways: